Oh no, there's been an error

This book ends with Lone Wolf battling a giant undead monster, and defeating Vonotar with the help of the freed magician Loi-Kymar. If the reader is unable to defeat Vonotar quickly enough, an alternative ending occurs where Loi-Kymar is slain in mental combat with Vonotar. In this ending, Vonotar escapes, Loi-Kymar's secrets die with him, and the player returns to the ship to regretfully inform his shipmates that his mission has failed.

It is the only time in any Lone Wolf book where the story ends without a victory or Lone Wolf's death. But as always, things are more complex than they seem, and peace is elusive. Lone Wolf walks into a trap from which he barely escapes, and must face foul enemies, reunite with old friends and do battle with the prime Darklord, Haakon, to regain a secret artifact which will determine the fate of the Kai Order: the Book of the Magnakai. Now the Moonstone must be returned to its creators who are exiled upon the remote Isle of Lorn in southern Magnamund.

Someone must take the fabled artefact to the Shianti and Lone Wolf has chosen you, the most promising warrior, among the ranks of the New Order Kai, to carry out this vital mission. Armed with the special weapons and skills of a Grand Master, you embark upon a secret voyage to the distant Isle of Lorn. However, your mission becomes a life and death struggle when you encounter intrigue and danger en route.

The book is notable for retracing, in a sense, the steps of the protagonist Grey Star in The World of Lone Wolf series. Major characters and events from that series, such as Grey Star, Agarash the Damned, Shasarak the Wytch-King and Mother Magri, are referenced in passing, and a number of important locations such as the city of Shadaki and the Inn of the Laughing Moon in Suhn make cameo appearances.

In the gamebooks were made available for free download at Project Aon [1]. The series plays for the most part at the tip of south-eastern Magnamund, in the land then known as the Shadakine Empire, and features Grey Star, a human that was raised by the Shianti, a race of demi-gods. Since Ian Page had created a detailed backstory for Grey Star and fleshed out many aspects of southern Magnamund, Joe Dever convinced him to write a four-book story arc centered on this character, and to include his contributions in the Magnamund setting.

Similar campaigns will be made for each of the remaining books. Grey Star begins his journey with the aid of a Kundi mystic named Urik, and journeys through Desolation Valley, beyond the Mountains of Morn. There, he makes new allies, faces new dangers, and helps to stoke the flames of a fledgling rebellion against the Shadakine Empire, all in a desperate attempt to find the Shadow Gate and travel through it to the Daziarn plane and retrieve the Moonstone of the Shianti.


In an attempt to find the lost Moonstone of the Shianti and destroy the Shadakine empire, Grey Star made his way to the location of the Shadow Gate and beyond into the realm of the Daziarn itself. The Daziarn is a shadow realm with many strange beings and fearsome creatures inhabiting it. Grey Star is forced to travel across the gray plains of the Neverness to find the Moonstone but comes upon an unexpected ally; Tanith, the young witch apprentice who became his companion in Grey Star the Wizard and was kidnapped by Shasarak's demonic servant.

With her help, he must retrieve the Moonstone and find a way to return to Magnamund if the Wytch-King is to be defeated. In this, the final installment of the World of Lone Wolf, Grey Star and Tanith have just completed a harrowing quest in the Shadow realm of the Daziarn.

Upon retrieving the Moonstone, the two return to Magnamund to find the forces of good and evil poised on the brink of final conflict. Shasarak has enlisted the aid of the dreaded demon lord Agarash the Damned in order to eradicate the resistance movement once and for all. Battling their way through hordes of demons and undead minion, Grey Star and Tanith must struggle to rejoin the Freedom Guild, defeat the forces of the Wytch-King, and fulfill his destiny and promise to the Shianti.

In the years , the French associative editor Scriptarium published original adventures in its webzine Draco Venturus. In September , Megara Entertainment announced that it would publish these adventures in a gamebook format, both in French and English. Joe Dever approved the series which features artwork by Gary Chalk. With the republication of the Lone Wolf series, Mongoose Publishing decided to add a bonus adventure at the end of each gamebook, except for Flight from the Dark.

These bonus adventures feature a supporting character of the main story of the gamebook and have their own set of rules. They are written by different authors with the approbation of Joe Dever who edits and augments their work.

Contrary to the main adventures which nearly all have sections, these bonus stories don't have a fixed number of sections. Rumours of increased banditry and raids against villages in the Nahma trisect have recently come to your attention. The exact situation is unclear, however, for the bandits leave few alive as witness to their operations. You are not prepared to allow these attacks to go on any longer and you resolve to put an end to it, personally. They expanded on the adventures by introducing new characters or fleshing out old ones from the book series , events and whole new stories.

The events described in this novel take place before the first gamebook of the series, Flight from the Dark. Based on Fire on the Water. Based on The Caverns of Kalte. Lone Wolf is taken captive and held in the darklands as a pawn in a political struggle. Based on The Chasm of Doom. Contains an epilogue initially removed by the editor and Joe Dever which sees the events of the book referred to as legend in a setting bearing similarities to the contemporary real world. Based on Shadow on the Sand. 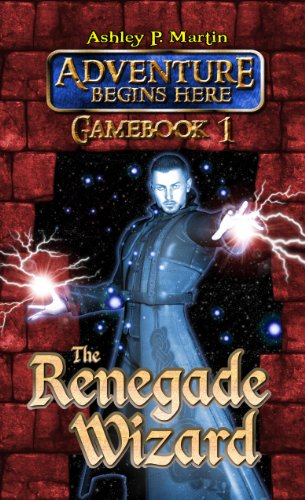 Based on The Jungle of Horrors. Dark Quest Books announced plans to release five omnibuses containing all twelve novels. When Mongoose Publishing announced that it would republish the Lone Wolf series of gamebooks, it was also announced that two new trilogies of novels would be written under the generic name of Chronicles of Magnamund. Both trilogies are set in the year MS , 50 years after the events described in the first gamebook of the Lone Wolf series, Flight from the Dark.

Since the cancellation of the Lone Wolf line by Mongoose Publishing, nothing is known about the fate of both trilogies. All the books are authored by August Hahn. The rules for this new version are simpler and closer to the ones of the regular gamebook series.

Numerous expansions were made available in the months after the original release. Other supplements were planned and announced by Mongoose Publishing but, on February 27, , it was announced that the publisher had lost its licensing rights on these books.

The plot involves an ancient artifact called the Skull of Agarash the Damned, which is used by Khadro's band of pirates to wreak havoc. During one of their raids, Lone Wolf's mentor, Lord Rimoah of the Elder Magi, is kidnapped by the rogues, forcing Lone Wolf to pursue them and find their hidden lair. The book in now out of print , and is highly valued by many collectors. A digital version was released in July by Project Aon adding it to the many other books in the Lone Wolf series released in the same way. Starting in , Joe Dever released various maps representing the world of Magnamund.

Drawn by Italian artist Francesco Mattioli, this series of maps contains elements that were never published before.

Each Map Board combines a highly detailed colour map on the front, with a world grid and useful background information about the map area depicted on the reverse. The text includes scenario ideas for creating adventures, with specific briefings tailored to each map board. On March 12, , Cubicle 7 announced that it became the official publisher of these maps.